SYSTEMS/PROCESS was my first solo exhibition. Presented at the end of my residency at High Concept Laboratories, the exhibit consisted of a number of installations that transformed the space of a two-story warehouse. Walking through a supernatural landscape, the audience entered into a highly cerebral space which mirrored, and yet differed from, the natural world.

Each installation was the result of a “generative algorithm” — a set of initial conditions and a series of rules carried out repeatedly over time. The final shape was not known at the start. However, after many iterations, each piece became increasingly complex, and new properties and structures began to emerge.

A balancing act of control and spontaneity, this process embraced accidents and unintended consequences, leading to creations that were at once structured and organic. 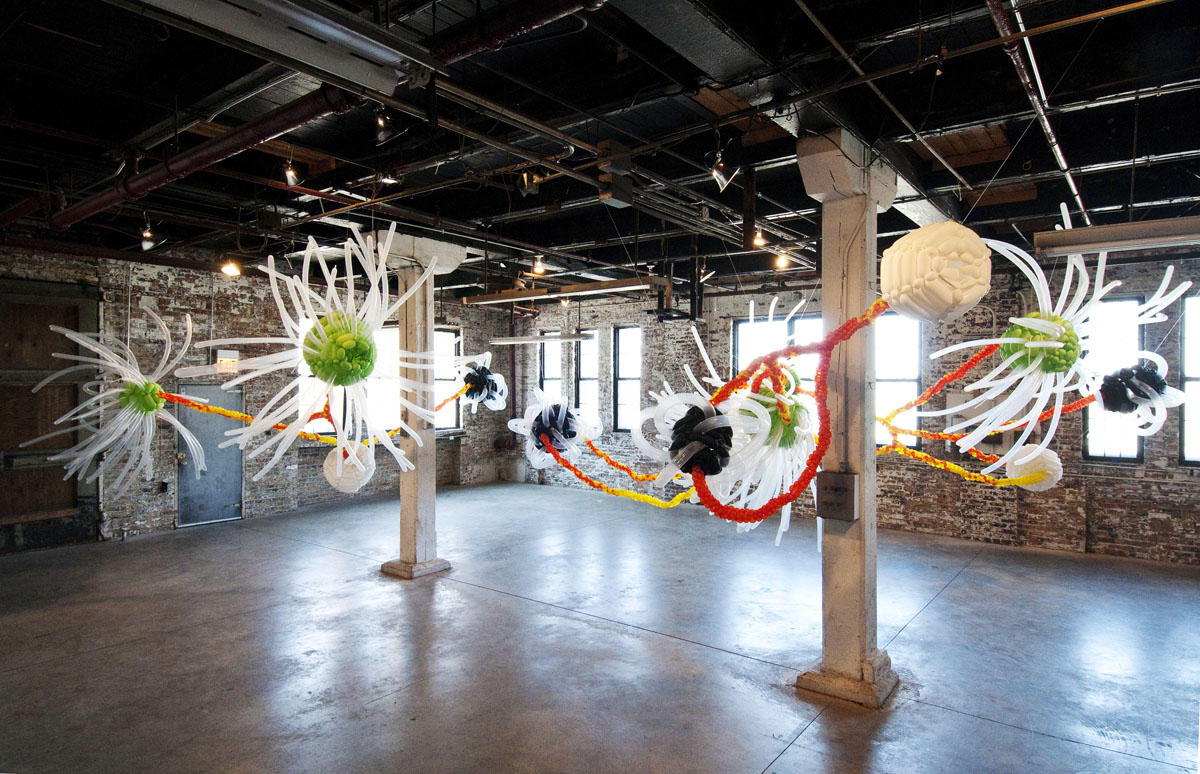 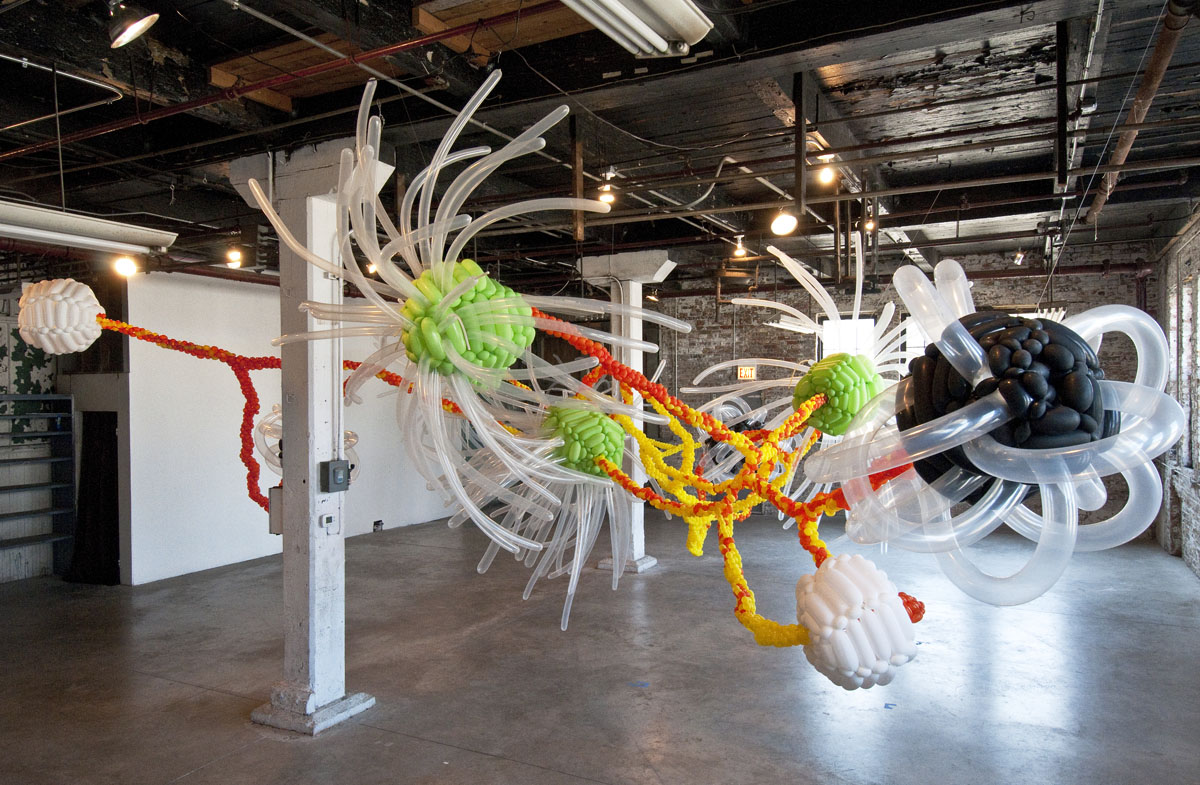 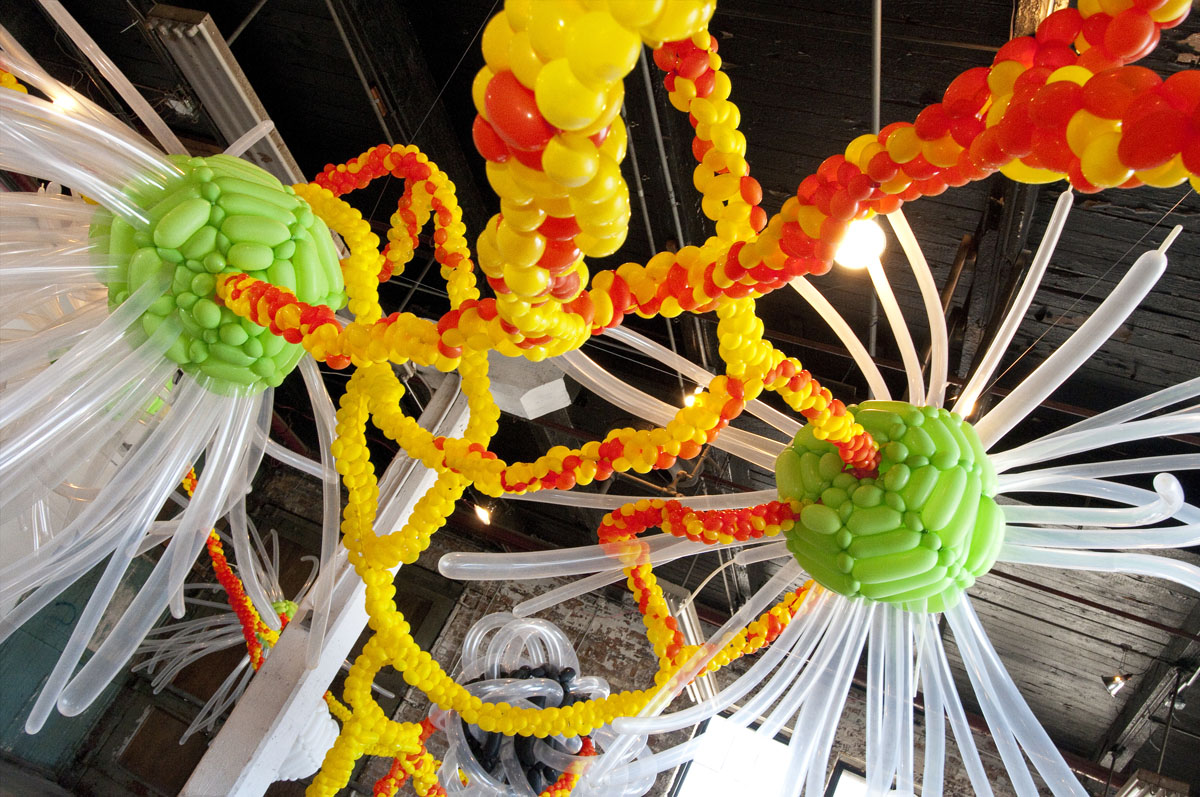 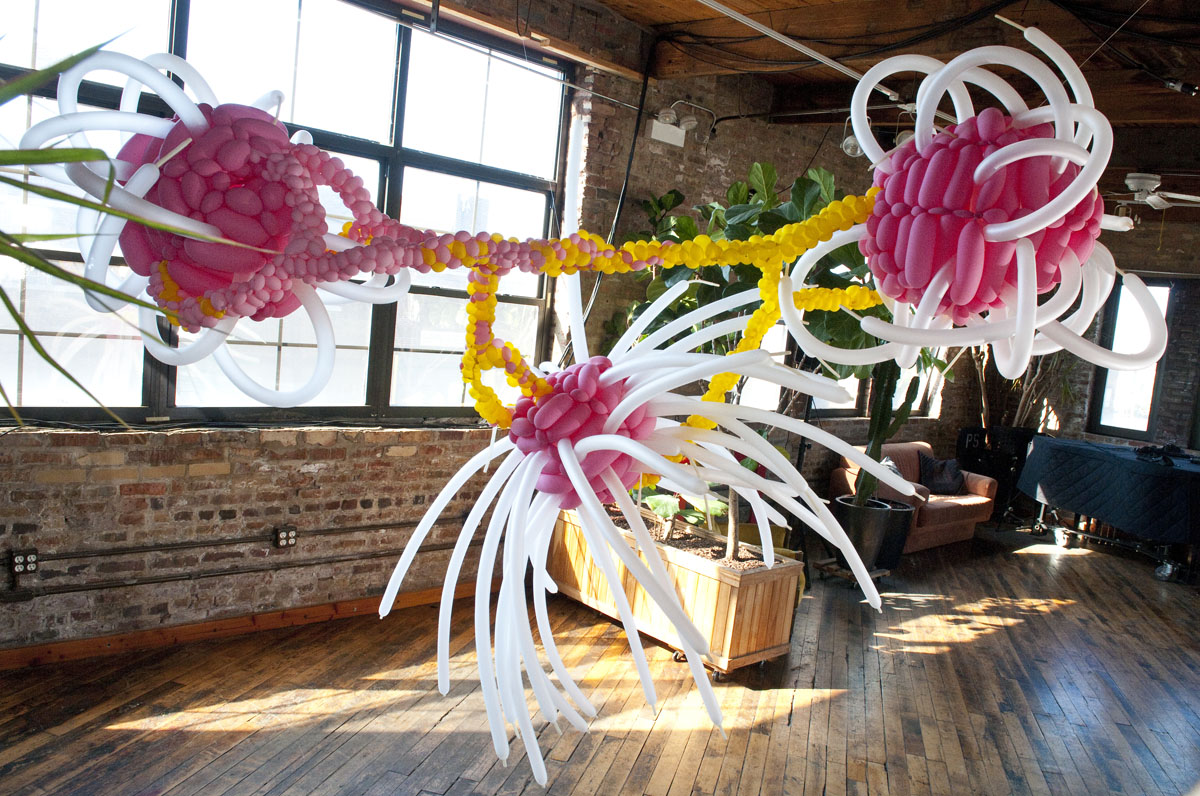